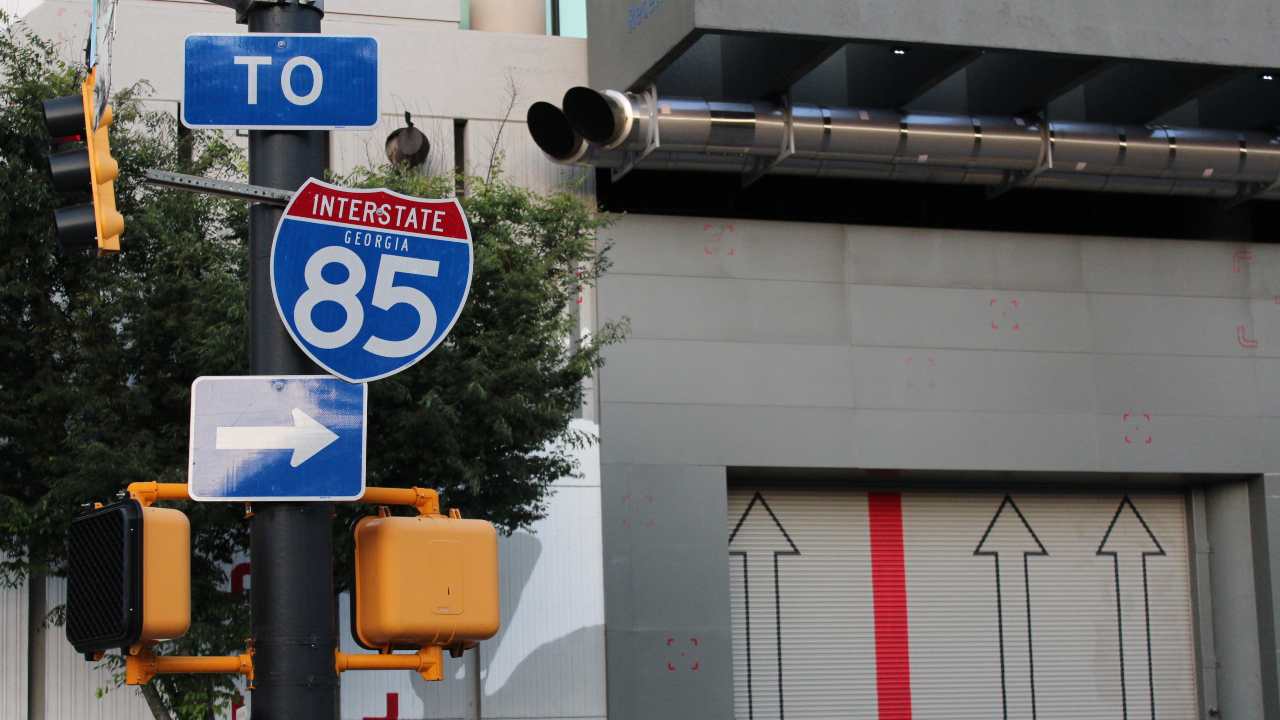 A busy Midtown street reopened more than seven hours after a stolen Jaguar SUV flipped in a fiery crash Monday morning, killing a woman and critically injuring a man inside, authorities said.

Atlanta police first responded to a stolen vehicle in progress at the Atlanta Marriott Marquis on Peachtree Center Avenue around 9:45 a.m., police spokeswoman TaSheena Brown said. Upon arrival, authorities discovered that the SUV was taken from the hotel and that driver had fled.

When police tried to conduct a traffic stop on the stolen SUV at a parking deck near an apartment complex on Courtland Street, the driver, 23-year-old Donte Harris, fled after ramming the Jaguar into a patrol vehicle, according to the Georgia State Patrol.

“The second pole broke away and the vehicle overturned,” Young said.

Once the vehicle came to a stop, it burst into flames. Harris escaped, but he was taken to a hospital in critical condition after being on fire, authorities said.

Officers said they were not actively pursuing the SUV when it crashed into the pole.

“The officer noticed the vehicle turning into the parking deck, but the gate would not go up, and so the suspects in the vehicle put the vehicle in reverse, ramming the officer’s vehicle,” police Capt. Antonio Clay told The Atlanta Journal-Constitution from the scene. “The officer did try to catch up for a minute, but the car was too far gone.”

Moments later, Clay said police got the call about the crash. A witness told Channel 2 Action News he saw Harris jump out of the car while on fire.

“The young man who was in there, he rolled out, jumped out,” Jessie Goldsten told the news station. “He was on fire head to toe. If I had stepped out a little further I would’ve been hit, too.”

The GSP continues to investigate the vehicle accident, while the theft is being investigated by the police department. Find out more on this story here: https://www.ajc.com/news/breaking-fiery-crash-blocks-road-knocks-out-power-in-midtown/UOZZDT25BRF5 JBDAJZUI2D3PEQ/