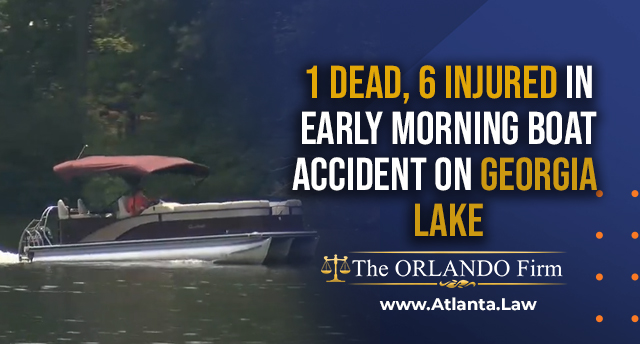 Officials with the Georgia Department of Natural Resources said a cigarette boat with two passengers inside collided with a pontoon boat with seven people onboard.

All seven people on the pontoon boat were injured.

William Childs, 22, was taken to a hospital where he died from blunt force trauma to the head, Jones said.

Jones told ABC News, “I knew he was going to die,” the moment he saw Childs.

The Georgia DNR is investigating the crash. Charges will be determined when the investigation is complete in two to three months.

Officials with the DNR said they believe the crash was alcohol-related.

The Fish N Pig restaurant announced that it is closed today because the injured victims were employees at the restaurant. Childs, who was killed, was the restaurant’s assistant manager.

The restaurant said all six other employees were seriously injured but are currently stable. Five are recovering at home, according to the restaurant.