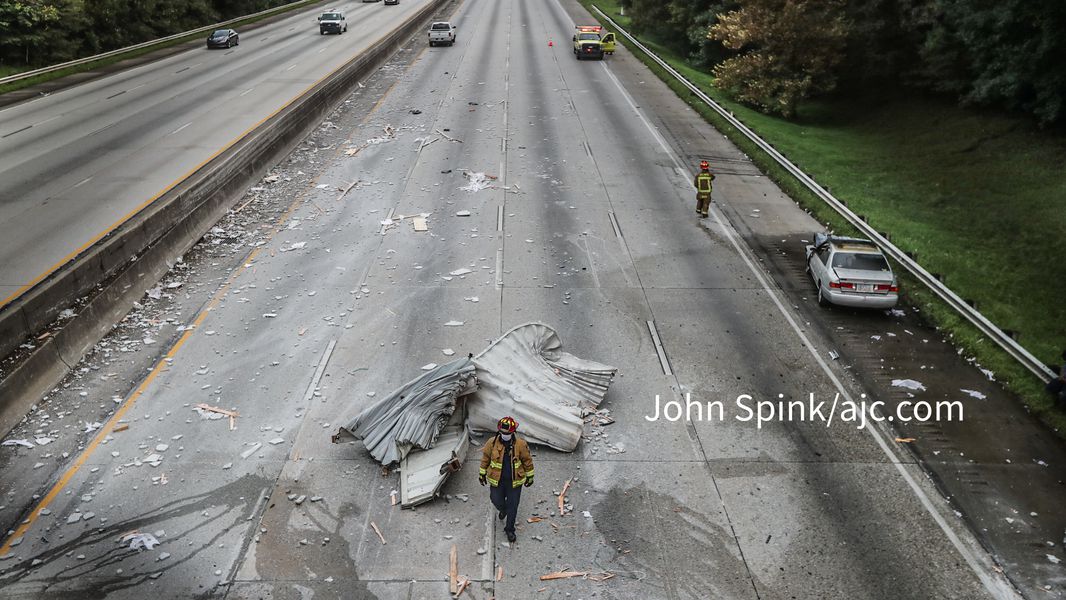 ATLANTA — A tractor-trailer’s tire blew out Friday, causing a nine-vehicle crash that shut down the northbound lanes of I-285 near Cascade Road in southwest Atlanta for hours, according to authorities.

The Georgia State Patrol said Alvontae Bell, 24, of East Dublin, was driving the tractor-trailer when the front driver’s-side tire failed around 8:15 a.m. The malfunction caused the vehicle to steer left into the median and hit a concrete barrier, authorities said.

The truck was carrying a Conex box loaded with granite. As Bell drove under the Benjamin E. Mays overpass, the box hit the bridge pillar and the granite spilled out, covering all lanes of I-285, the GSP said.

The debris prompted police to shut down the interstate north of the Cascade Road exit. The closure caused backups on the inner loop to Langford Parkway. Lanes started reopening about 10:30 a.m., but there were still heavy delays in the area after 11 a.m.