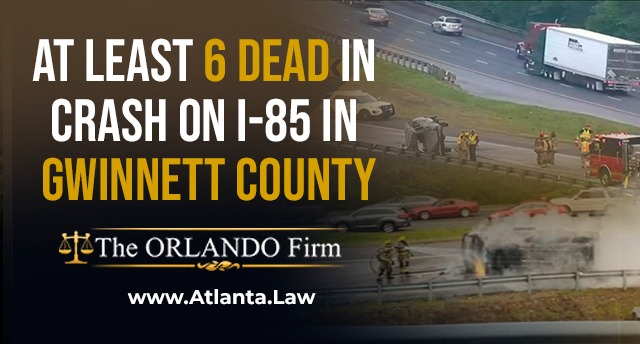 Gwinnett County police say at least six people were killed and several more were injured in a crash involving a passenger van on Interstate 85 Saturday evening.

Police said the crash happened in the northbound lanes of I-85 near the I-985 split just after 6:30 p.m. Several lanes were shut down for hours but have since reopened.

Police said the vehicle rolled over onto its side and caught fire. Passersby attempted to pull victims from the burning van.

All six victims died at the scene and several others were taken to the hospital. Police said there were a total of 16 people in the van.

Police said all the victims appear to be adults but they have not been identified. Police said they were part of a sober living group.

Investigators are still trying to determine what caused the crash and believe another vehicle  may have been involved.