The Atlanta catastrophic Injury Attorneys at The Orlando Firm have the experience to help you and your family recover from an injury or accident caused by someone else’s carelessness. Get help today.

Catastrophic injuries can happen anywhere: at home, in a shopping mall, or a vacation destination. While some accidents lead just to minor pain, others result in severe and devastating injuries. “Catastrophic injury” is a term used to explain the most severe injuries an individual can suffer. They are the most painful, and also the most pricey.

Sometimes, catastrophic injuries can not be detected easily. For instance, a victim who suffered a traumatic brain injury may appear healthy. However, this type of injury impacts the person’s cognitive ability severely, as well as their quality of life. In some cases, the victim can never fully recover, and these injuries can have a debilitating effect, which lasts a lifetime.

Many of our attorneys at The ORLANDO Firm, P.C. began their legal careers representing businesses and insurance companies. And when a lawyer is representing an insurance company, he or she is gaining valuable experience. Injury lawyers at our law firm know how our adversaries think, and that enables us to successfully represent clients who suffered injuries as a result of the negligence of others.

Whether you or a loved one were injured in an Atlanta auto accident, because of medical malpractice by a careless doctor, nurse or another hospital/nursing home employee, due to a defective product, or because the premises were maintained in an unsafe condition, we have the expertise to provide you with the quality legal representation you deserve. 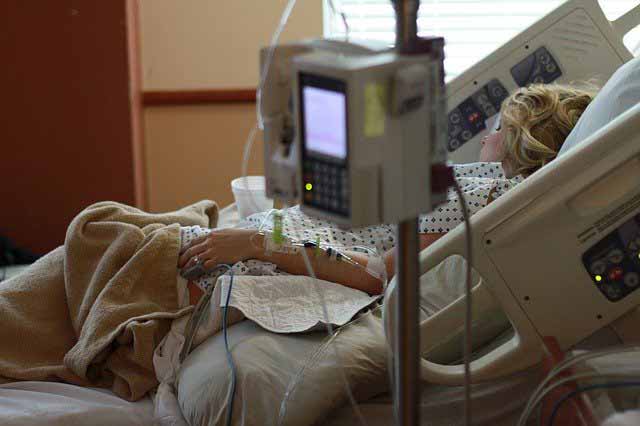 At The ORLANDO Firm, P.C., our attorneys and staff are experienced in handling a wide variety of personal injury cases, including:

Showing the real effect of a devastating injury is not always an easy task. Some injuries have an apparent effect on an individual’s life, while others are not as easily observed. In these cases, our proficient lawyers at The ORLANDO Firm, P.C., can represent the circumstances of your injury as well as your needs throughout the case and in the courtroom, if necessary.

Our lawyers are experienced in handling cases that include injuries resulting in:

If you aren’t able to come to our office, we can visit you in your home or hospital room. ​We aim to do this in a professional, friendly setting, in which you will feel safe talking with attorneys and staff. We promise to explore the options you have for compensation, therapy, rehabilitation, and more.

A Word About Damages from Your Catastrophic Accident Attorney

Personal injury cases, as different as they may be in their origin, all share a common goal: the recovery of damages. Judges often instruct at the end of a trial that “damages are awarded as compensation for an injury done.” The types of damages which may be recovered vary from case to case. But generally, special damages and general damages can be recovered.

Special Damages typically refer to property damage, medical expenses, and lost wages. General Damages include pain and suffering, both physical and mental. In some situations, damages can be awarded for future lost income or future medical expenses.

In certain instances, the imposition of punitive or exemplary damages is awarded. Such damages are awarded to punish persons or corporations at such a level to deter them from repeating the same or similar conduct in the future. Generally, punitive damages are not awarded for mere, or even gross, negligence; instead, they are awarded only where conduct is willful or wanton or shows a conscious disregard for the consequences.

​For example, punitive or exemplary damages may be awarded where the at-fault party was under the influence of alcohol or drugs at the time he or she caused the injury. Driving under the influence is a serious problem. If our clients are injured by an impaired driver, we utilize the civil justice system to ensure that the offending drivers are punished sufficiently to keep them from repeating such conduct in the future.

Wrongful Death cases involve different types of damages particular to such cases. There are specific laws that govern the types of damages recoverable in wrongful death cases, as well as the persons who have the right to recover such damages.

Fighting for financial compensation is important, and it needs to be done by Atlanta catastrophic injury lawyer who knows what it takes to win this type of case. The attorneys at The ORLANDO Firm, P.C., have the experience you need to obtain the compensation our clients deserve. We will make sure you and your family are taken care of. Also, if you are just looking for a piece of legal advice, have in mind that there is no charge for your initial consultation. 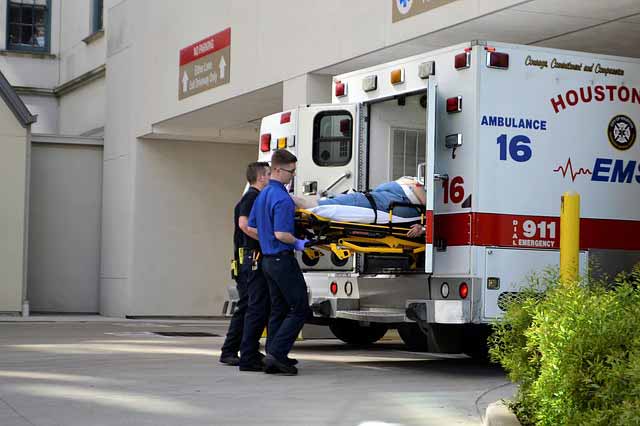 There are many types of catastrophic injuries as well as there are many causes and settings in which they occur. However, they have something in common: in most cases, they could have been prevented. Traumatic brain injuries can occur as a consequence of an impact or a loss of oxygen. It can be minor trauma such as a concussion or a severe one causing death.

Car crashes, truck accidents, and motorcycle accidents are one of the leading causes of traumatic brain injury in the United States. The brain trauma sometimes leads to irreversible damage to an individual’s brain. It can cause a variety of permanent symptoms, and individuals may experience limited use of limbs, personality changes, speech problems, loss of thinking ability, or different emotional problems such as detachment disorder. Not only do brain injury have consequences on the rest of the victim’s life, but they also impact the victim’s families.

If you or someone you love have suffered an accident resulting in catastrophic injury, make sure to retain an experienced Atlanta personal injury attorney. The attorneys at The ORLANDO Firm, P.C., are dedicated to representing individuals and families in Atlanta, Georgia, who have suffered the consequences of brain trauma as a result of a truck accident, motorcycle accidents, or other types of accidents. 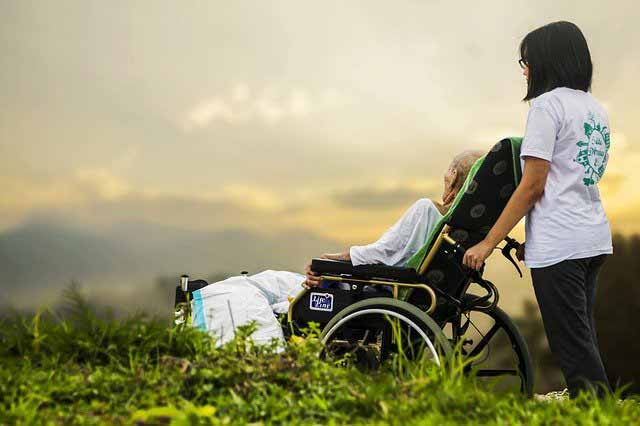 Demonstrating that a brain injury happened because of another person’s action, inaction, or negligence is not a simple task. An Atlanta catastrophic injury lawyer would have to explain the full losses associated with a traumatic brain injury.  That includes showing not just the present medical bills and lost salaries, but also considering future losses and costs.

According to the U.S. Department of Health and Human Services, sometimes the symptoms of a brain injury appear a couple of days or weeks after the accident.

The brain trauma can affect an individual’s capability to carry out routine tasks, and their life can be turned upside down. In addition to finding an experienced lawyer, injury victims also have to be checked out by a neurological specialist who can ensure proper diagnosis and treatment.

Our attorneys understand that this is not just another personal injury case. These cases require commitment, effort, and determination. We are proud to offer our clients The ORLANDO Firm, P.C., full efforts and resources to make certain they get justice. 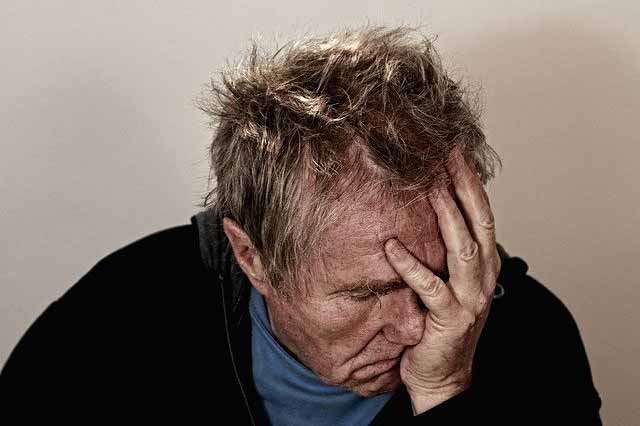 On this page, we have not attempted to address every type of personal injury case we have handled or which could occur. If you or a loved one has suffered from a catastrophic injury, please contact The ORLANDO Firm, P.C., and schedule a free consultation. Please call us at 404-373-1800 or toll-free at 1-866-373-1800. While we cannot guarantee the outcome of your case, we promise to provide you with legal representation aimed at helping you through a painful and challenging time of your life.

We will do our best to make sure that you make the recovery to which you are entitled. There may be time limits on filing your claim, so it is vital to seek legal counsel as quickly as you are able. ​Always remember, if we don’t win your case, you pay us nothing.

NOTE: You are not a client of The ORLANDO Firm, P.C., until you have executed an attorney-client contract for employment of the firm, a member of the firm has signed the contract. 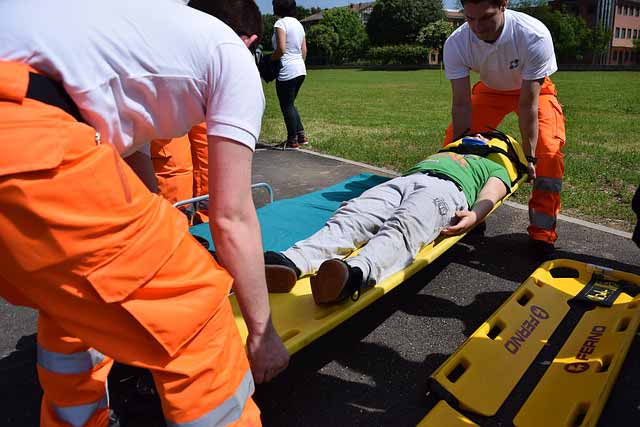