Innocent bystander killed when driver flees traffic stop on I-20 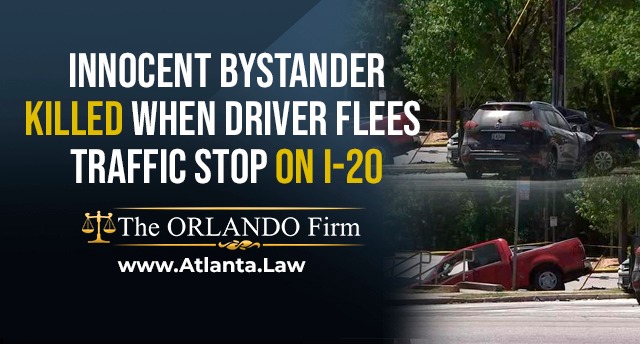 DEKALB COUNTY, Ga. —Georgia State Patrol said a driver was killed after a suspect sped away from a traffic stop and chase in DeKalb County Sunday.

GSP said a trooper performed a traffic stop on I-20 EB on a black Nissan Rogue for a traffic violation.

The driver initially pulled over, but then sped  off, starting a chase.

The driver exited on Glenwood Ave and sped down Candler Road. At the intersection of McAfee Road, the Nissan cut through a private parking lot and turned onto McAfee, where it plowed into a Toyota Camry. The Camry was pushed into a Ford-150, which then hit several other vehicles.

The driver of the Camry was killed. The victim’s identity has not been released. The suspect was taken into custody but hasn’t been identified.

Troopers are still investigating the crash.