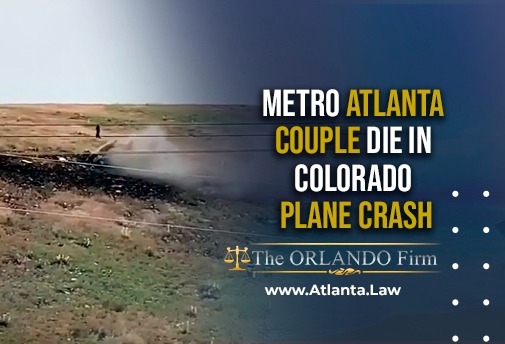 ENGLEWOOD, Colo. – Two people from Metro Atlanta and their dog were killed after the single-engine plane they were in crashed down in south of Denver, Colo., officials said.

According to the FAA, the Lancair Evolution plane hit power lines and crashed Tuesday afternoon in an open space outside Englewood, Colo. The plane was enroute to Centennial Airport from Neosho, Mo.

The Douglas County Coroner’s Office in Colorado identified the victims as Kathleen Velazco, 65, and Antenor Velazco, 73, of Jonesboro.

The National Transportation Safety Board is investigating.