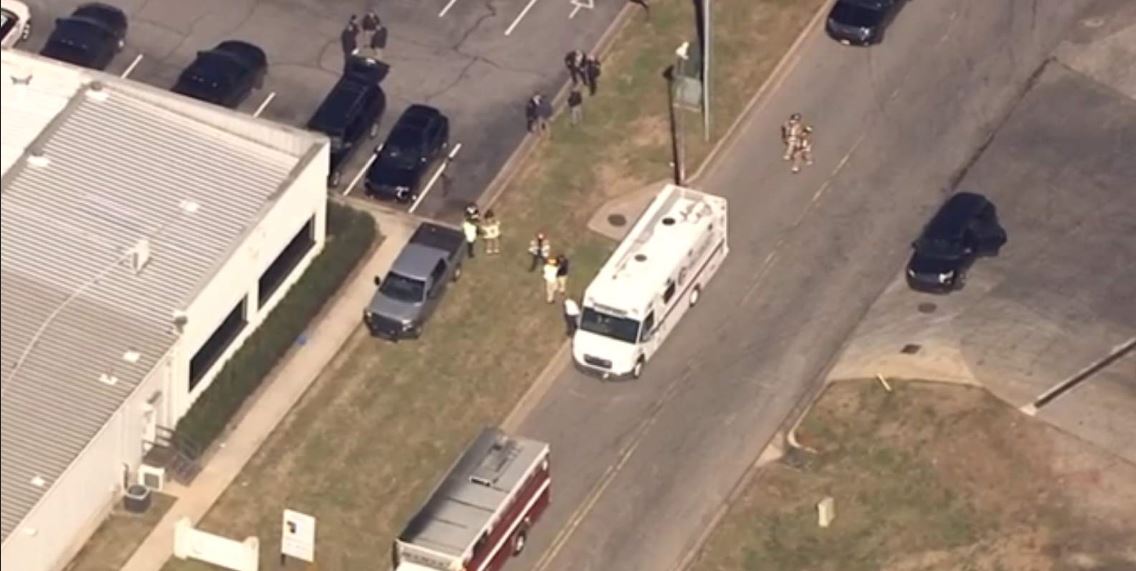 ATLANTA — Investigators from at least three different local and federal agencies are currently inside a Hall County chicken processing plant trying to figure out what triggered a liquid nitrogen line to burst, killing 6 people and injuring a dozen others.

It happened around 10:30 a.m. at the Foundation Food’s chicken processing facility in Gainesville.

On top of the six workers that were killed, three more remain in critical condition and several more, including firefighters, were injured after breathing in the liquid nitrogen fumes.

Jameel Fareed told Channel 2′s Tony Thomas that he was working in the area where the liquid nitrogen began pouring into the air. He made it.

“First we just thought there was something wrong with the freezer, then they started saying get out,” Fareed said. “I just saw the fog and when I couldn’t see down the steps, I turned around. But I didn’t feel anything.”

“It was kind of quick. Everybody was pushing everybody,” another worker said, not identifying herself.

Hall County investigators say five people died inside the plant. Another person died after being rushed to the hospital.

“Those lost today include maintenance, supervisory and management team members. Every team member is equally important to us and our hearts go out to their families,” said Nicholas Ancrum, vice president of Foundation Food Group.

Official said 130 employees were evacuated from the plant, bussed to a nearby church and checked out.

Federal safety investigators along with crime scene investigators from Hall County are at the chicken processing plant, trying to pinpoint a cause in the incident.

“A lot of these folks that came into work today had no idea what would happen, nor did their families,” said Hall County Sheriff Gerald Couch.

Investigators are still trying to identify the workers who died and notify family members.

“If I had gone down there, I probably would have fallen out. Everyone that went down there fell out,” Fareed said.

A firefighter remains in the hospital for observation but is expected to go home on Friday.

Hospital says things could have been bad

The people injured in the chemical leak were all taken to Northeast Georgia Medical Center. Officials with that hospital said it was fortunate that their COVID-19 patient numbers have recently fallen.

Because of that, it freed up staff to treat the injured workers.

When they first heard of the plant accident, doctors and nurses at the hospital told Channel 2′s Tom Regan they were concerned that they could be dealing with large number of injured workers, along with all of their COVID-19 patients.

Fortunately, only a dozen arrived, with just a few of them needing critical care.

“If we had a significantly high number transported here, that would have been a significant strain on our staff,” Northeast Georgia Medical Center’s Sean Couch said.

Those injured were likely the result of inhaling liquid nitrogen fumes, which can cause significant burns, health officials said.

“All we know at this point, what’s kind of constant across them, is it tends to be respiratory in nature,” Sean Couch said. “So far we have only had to admit three into critical care. That’s been our saving grace. Had there been more significantly more it would have been a strain on already strained resources.

The plant, previous known as Prime Pak Foods, merged with the Foundation Food Group and has been the site of three OSHA investigations since 2017.

Records show the company had to pay out a near $4,000 fine for an employee face and eye protection violation that was settled in 2019.

Two other serious incidents led to employee amputations. One of those employees lost two fingers in 2017 while trying to clear a machine jam, leading to a more than $12,000 fine settlement.

The company also faced a $25,000 fine for what OSHA called a repeat offense the same year, when they fined the plant for an employee losing four fingers as he tried to guide meat through a mixer.

Both amputation incidents were deemed a violation against general machinery regulations.

The cause behind Thursday’s deadly leak may take months to unravel.