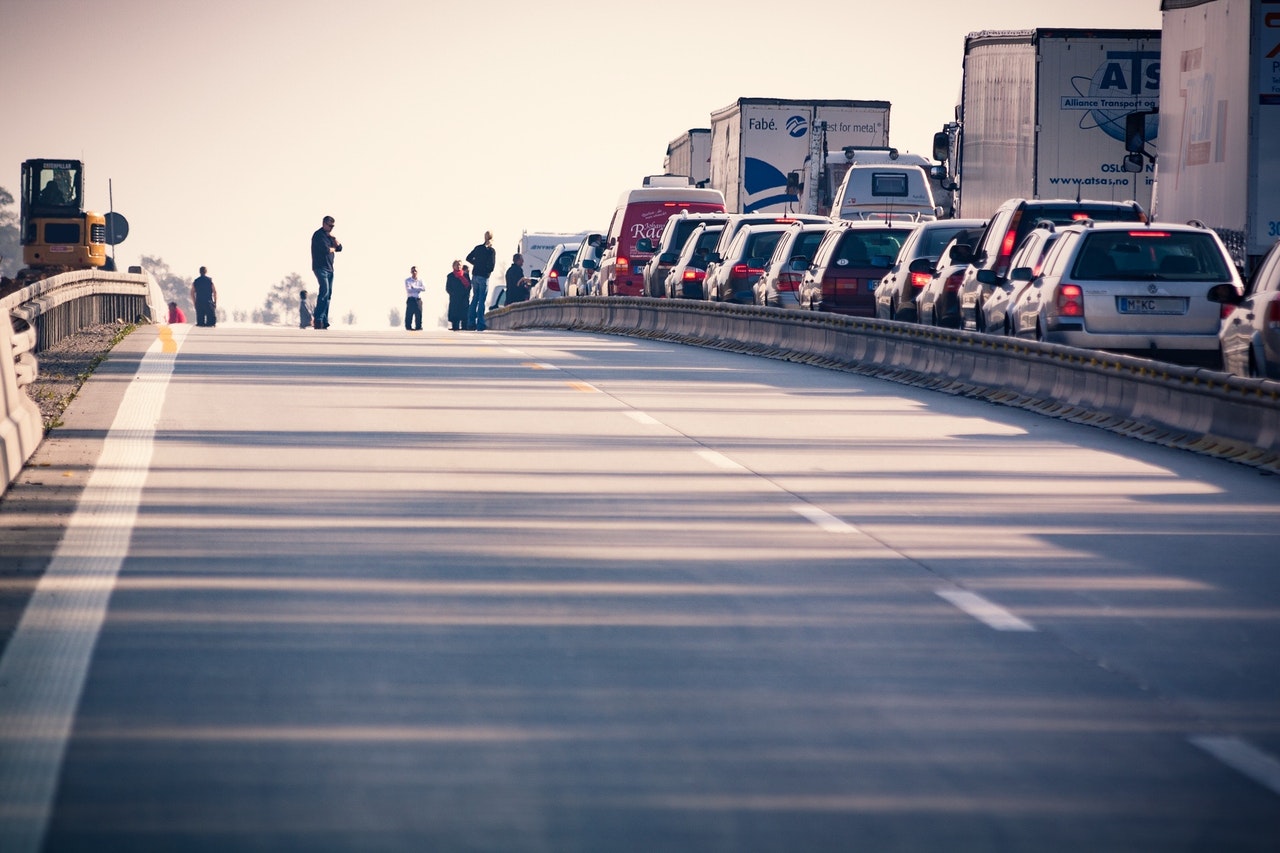 The Downtown Connector was shut down for hours on February 15 after a tractor-trailer hauling a heavy load tipped over on a bridge above the highway, dislodging a chain-link fence that dangled precariously over the busy interstate.

The truck crashed just before 10:30 a.m., partially rolled on its side, and then came to rest on the wall of the Langford Parkway bridge. It was righted and towed away about two hours later. According to Channel 2 Action News, it was carrying 44,000 pounds of toilets and sinks.

The southbound lanes of the interstate remained closed until about 2:15 p.m. as Georgia Department of Transportation crews worked to clear the fencing, which was hanging over the side of the bridge.

The truck driver was not injured and was able to climb out of the cab on his own, Atlanta fire Capt. Bret Bieri told The Atlanta Journal-Constitution. The damaged fencing was fire crews’ primary concern.

“We determined that we needed to shut down the southbound lanes of the interstate to prevent any possible further damage if it did fall,” he said. More information on the case can be found here.