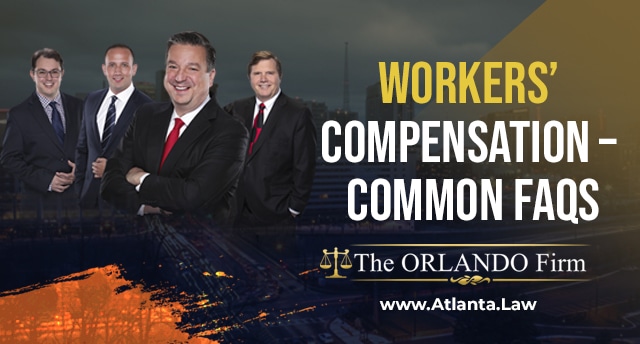 There are still many people who do not understand how workers’ compensation claims work. Some may be aware of the federal laws but are not quite clear on their local state rules. As a consequence, they end up missing on what should rightfully be their entitlements following an injury at work. Here are a few FAQs to help you understand your rights and responsibilities:

Who Is Responsible for Your Hospital Bills?

Who Is Supposed to Give Me Information About the Workers’ Compensation Process?

Typically people will go to their union representative, a supervisor or even their colleagues. The problem is that these people may not have the latest up to date information. It is far better to use an attorney and do your own research as a supplementary source of information. If in doubt make sure you speak to your attorney so that you can make the necessary claims in time and file your paperwork correctly. Take the time to read about your company policy and the state rules concerning workers’ compensation so that you know your rights.

What Exactly Is Workers’ Compensation?

This is a form of accident insurance which employers are required to possess. It is designed to compensate workers who are injured in the line of duty. The insurance covers not only the loss of income but also the extent of disability that the person suffers. The insurance coverage is subject to claim rules and limitations on how much you can claim as well as the length of the total claim. Employees can also claim for addition diseases that arise out of the injury suffered at work or ones that arise as a consequence of the nature of the work that they do.

Do I Need to Go to Court to Sue for My Benefits?

Prior to the Georgia Workers’ Compensation Act of 1920, most workers had to go to the local court to sue for lost wages and medical expenses. This involved proving to the court that the employer was at fault in causing the injury. The success rate was only about 15 percent for injured employees at the time. Since the law was passed, the turnaround and process have become much simpler for workers. States like Georgia have created state boards to oversee the distribution of the compensation to those who are entitled to it. You do not have to rely on court to deliver damages/awards to you. In fact you are not required to prove that the employer was at fault.

Who Is Entitled to Workers’ Compensation?

As long as you are within the described types of employment, you are entitled to workers’ compensation. Make sure that you confirm your categorization before or during your employment so that you are clear on your rights. For example in Georgia, there are certain categories of workers that are not covered by the insurance. These include: those working for an organization with fewer than three employees in regular work; farm laborers; domestic servants; most railroad workers; federal government employees; and independent contractors.

Can the Employer Give Me Voluntary Compensation?

Yes there are some employers that still provide workers’ compensation insurance coverage for their employees even if those employees fall within the categories that are not covered by the state laws. There are also situations where you do not appear to be covered but after investigation, you are discovered to be eligible for the benefits under the insurance. That is why it is so critical to consult with an attorney before making any firm decisions. Far too many lose out on their rights because they do not know the law concerning this coverage type.

Are All Injuries Covered?

The state boards tend to give a broad definition of injury that incorporates very many situations. In fact, you could be covered for conditions that arise gradually following an incident. Certain diseases and conditions have previously been deemed coverable including strokes, heart attacks, and certain infections. You will need to show that the employment led to the disabling condition or alternatively worsened a pre-existing condition.  The key requirement is disablement. So you may have a chronic condition but the job makes it worse to the extent that you are disabled in which case you could be covered.

What Are Catastrophic Injuries?

Some states have created new categories of serious injuries that are treated in a special way under the law. For example on the 1st July 1992, the State of Georgia created the “Catastrophic Injury” category which included spinal cord injuries leading to severe paralysis; amputation (of foot, leg, hand or arm); severe brain injury; third or second degree burns that envelope more than 25 percent of the body; third degree burns that are on more than five percent of the face or hands; total/industrial blindness; and any other severe injury that could prevent the employee from doing almost any work. You will be entitled to special treatment under the law if you fall within these categories.

What About Injuries That Come on Gradually?

There is no requirement that a compensable injury has to come on gradually. The law recognizes that some conditions will arise slowly and long after the initial incident. These include hearing loss as a result of noise pollution; arthritis that arises due to heavy lifting; carpal tunnel syndrome which falls within a repetitive injury class; and lung damage due to air pollution. The critical considerations are whether you are injured or not; the cause of that injury in terms of being work-related; and your level of disablement.